May 24, 2018 |
Our Slabworks logo prominently features a yellow “quacker”. From time-to-time, our customers and contractor partners ask us, “Why the duck?”
Here’s the story:

When I first got into the tile contracting business my brother, who sells promotional products, told me, “Dave, I have a  great idea for your company.”, but he wouldn’t tell me what it was, only that my minimum purchase was 50 units, my unit cost was $ 1.25 (or whatever), and there was a one-time die set up cost of $50.
A few weeks later, 50 rubber ducks show up with “Dave Scott Tile” and my phone number printed on the bottom.

At that time, my work was usually contracted through builders, and I rarely worked directly with home owners. I started leaving the ducks on finished jobs; on tub decks, shower niches, counter tops, etc. 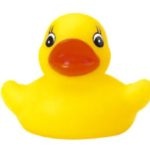 A few weeks later a friend, who is a Realtor, called me and said how much she liked my work at a house she had shown. I asked how she knew that it was me and she replied “Well, I saw your duck”.

Later I got a call from a home owner saying, “We have never met, but I bought the house in Summer Ridge and you did the tile work. I have some cracking grout.”  We arranged an appointment, I went over and fixed the grout, he gave me a beer, and we chatted for quite a while. This happened a few more times with different jobs.

A few weeks later I was setting some large format slate tiles in another house. The General Contractor was showing off the house to a couple who were prospective customers. As he walked by me he said. “…and we have The Best Tile Guy In The Valley.”
When he came back through with his clients, I asked why he had said that I was The Best Tile Guy In The Valley.  The wife also chimed in asking him the same question. The contractor’s response was immediate, “because we NEVER get call backs on his work, and he leaves you a duck when he finishes his job, just in case you need to contact him.”
Although the General Contractor didn’t sell that particular house to the couple, they found me and I did the tile work in their new home.
A few weeks later, I got a call from another home owner saying, “We have never met but, I bought the house in Painted Hills and you did the tile work.” I immediately replied “Oh, you have some cracking grout.” His answer struck me, he said “No, actually, we want to finish the basement and want a steam shower, wet bar, and 700 square feet of slate on the floor. We saw your duck.”
I called my brother and ordered a couple hundred more, and have done so several times.
Moral of the story: people will throw away your business card but they won’t throw away your duck.
Tags: funhistory
1
Share 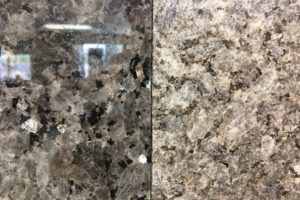 Choosing a Countertop Based on Finish

There is an abundance of information to help you select[...] 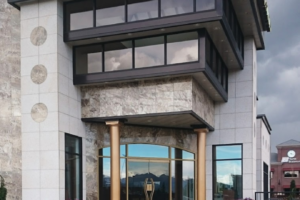 Granite – Not Just for Countertops

We know granite looks exquisite inside your home in the[...] 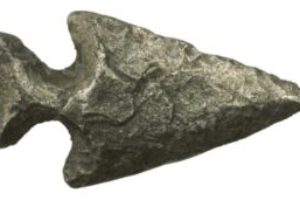 From Minnesota to Montana – How We Began

Dave Scott, President of Slabworks of Montana, was born and[...]